Everything you need to know about the threat of grass carp

Grass carp is one of four invasive Asian carp species threatening to invade the Great Lakes. The other three are bighead carp, black carp and silver carp. These aquatic invaders were introduced to the southern United States in the late 1960s and 1970s for use as biological control in aquaculture facilities.

When rivers near these facilities flooded, it allowed bighead, silver and black carps to escape and eventually make their way into the Mississippi River Basin. The spread of grass carp has largely been the result of stocking for aquatic vegetation control.

Of the four species, grass carp is the most imminent threat to the Great Lakes. Researchers recently found evidence of natural reproduction in the Sandusky and Maumee rivers, both tributaries of Lake Erie in the U.S. However, there is currently no evidence of an established population in the Great Lakes, and monitoring continues.

One major problem with grass carp is their voracious appetite. They mostly eat aquatic vegetation and can consume up to 40 per cent of their body weight in food daily. They only digest about half of the plant material that they consume each day and expel the remaining material, which pollutes the water, reducing water clarity and promoting algal blooms. These eating habits also alter ecosystems by reducing food sources, shelter and spawning areas for native fishes. Just 10 adult grass carp per hectare can reduce wetland vegetation by up to 50 per cent. If they became established in the Great Lakes, it’s predicted that they would have a significant impact on 33 fish species and 18 bird species.

Grass carp also grow very large, very quickly. Reaching sizes of approximately 1.5 metres and weighing 45 kilograms, they quickly outgrow the gape (mouth) size of any native predators (such as northern pike) that could control their populations.

Many agencies across Canada and the U.S. are working to prevent grass carp from becoming established in the Great Lakes. Fisheries and Oceans Canada does extensive early detection surveillance at approximately 36 high-risk locations throughout the Great Lakes. The Ontario Ministry of Natural Resources and Forestry conducts eDNA sampling to test the waters for traces of Asian carp DNA. There are also many American agencies working on monitoring and prevention on the U.S. side of the Great Lakes, and bi-national research on grass carp biology and prevention is ongoing.

But these groups can’t protect the Great Lakes alone. They need your help!

The most important thing you can do as a concerned community member is learn how to identify grass carp and report all sightings of suspected grass carp. In Ontario, you can report to the Invading Species Hotline (1-800-563-7711), the EDDMapS Ontario App (available for Apple and Android) or eddmaps.org/Ontario. Click here to learn about reporting information for other Canadian provinces and territories.

Another way to help is to ensure that you don’t dump your bait. You never know what species might be in your bait bucket, and juvenile Asian carps can look very similar to common baitfish species! Be sure to check your provincial regulations regarding the use of live bait. Also keep in mind that it is illegal to import, possess or transport Asian carps unless they are dead and eviscerated.

Visit asiancarp.ca to learn more about the threat of grass carp! 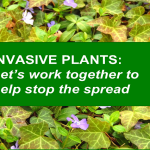