Invasive forest insects are a problem for all types of forest: urban, commercial, and natural. Invasive insects can be spread far and wide by humans, making urban centres prime locations for an invasion to start. The urban trees increase property values, reduce energy costs for homes, improve air and water quality, and provide aesthetic value.

Once an invasion takes hold it can easily spread out into natural and commercial forests. The natural forest provides a vast quantity of environmental services and holds intrinsic value for Canadians. The commercial forest is a pivotal economic need for Canada. It provides a significant portion of our gross domestic product and a large number of jobs.

Invasive species are a large financial cost to the forest industry. Canada’s annual timber losses due to invasive species are estimated at 61 million cubic metres, equivalent to $720 million in losses (Canadian Action Plan for Invasive Alien Terrestrial Plant and Plant Pests; CFIA, September, 2004).  Furthermore, the impacts on trees by invading insects affect every aspect of the ecosystem and cause cascading negative effects to native vegetation and wildlife.

EAB uses ash trees as a host plant for larval development and feeding. Adults are narrow and 8-14 millimetres; they are metallic green with bright red patches under their wings.

ALB are an invasive forest pest that attacks a wide variety of hardwood trees including maple and birch. Adult beetles are between two and four centimetres and shiny black with large irregular white spots on their backs.

Spongy moths and their caterpillars defoliate hardwood trees. They are up to six centimetres long with five pairs of blue dots and six pairs of red dots running down their back and are covered in long light hairs.

SLF was first detected in North America in September 2014. The adult insect feeds primarily on a non-native tree, the tree of heaven, although nymphs are known to attack a wide range of native hardwood and fruit trees.

Hemlock woolly adelgid (HWA) is an aphid-like insect (aphids suck fluid from plants) that attacks and kills hemlock trees by feeding on nutrient and water storage cells at the base of needles.

Mountain pine beetle (MPB) is a small beetle (less than a centimetre) that is native to western Canada and uses lodgepole pine as a host.

As the southern pine beetle continues to move north, it poses a threat to Canadian pine forests. However, to date, SPB has not been detected in Canada.

The BMSB has been found in four Canadian provinces. BMSB is an agricultural pest whose adults and nymphs feed on a wide variety of fruiting crops, causing damage to the fruit flesh and skin.

Sirex woodwasps are a parasite of a wide variety of pine species. The females lay eggs in the tree in a substance that is toxic to the tree. The adult wasp can be up to three centimetres long with thin bodies.

The pine shoot beetle is native to Europe, North Africa, and Asia. Most damage caused by this species has been reported in areas where pine plantations exist, especially in instances of poorly managed plantations.

Elm zigzag sawfly is an invasive forest pest native to Asia, specifically parts of China and Japan. This invasive species can cause severe defoliation of elm trees, which can have cascading impacts on forest ecology, the economy and societal values.

Asian giant hornets pose a threat in their non-native range as they feed on insects and are predators of honeybees.

The European fire ant is an invasive pest in North America whose native range is in Europe and northern Asia. 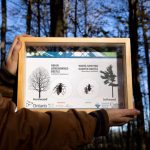 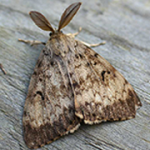