Are you a pet owner? Don’t Let It Loose!

Owning a pet or an aquarium can be an exciting and fulfilling hobby – but it also comes with responsibility!

Loose pets can have negative impacts on natural ecosystems by spreading disease, outcompeting native species for resources, preying on native species, contributing to habitat degradation as well as increasing pressure on endangered and/or threatened species at risk.

Even when a pet is released based on moral and compassionate grounds, not only the ecological integrity of that ecosystem is being jeopardized, but the pet may not be able to adapt to the new environment leading to a potentially tragic death because of their inability to cope with natural conditions such as temperature, food availability, or predators.

Nonetheless, pet owners bear the difficult responsibility of seeing their animals through to the end of their lives.

The best practice in preventing the spread of invasive species is to not let it loose!

What is the problem?

Considerations before buying a pet

What is an invasive species and why can my pet become invasive?

Invasive species pose ecological, social, and economic challenges by accelerating biodiversity loss and altering the composition of natural ecological structures. They are considered one of Canada’s greatest threats to the survival of wild animal and plant life, and the pet release pathway creates additional pressure on ecological communities.

Species can become invasive when they are introduced to new environments outside of their natural range, potentially leading to negative impacts where newly introduced.

Examples of exotic species or pets that can become invasive when released into the wild include Goldfish, Red-Eared Sliders, Yellow Floating Heart, Red Swamp Crayfish, and even Zebra Mussel and Quagga Mussel.

Pathways are routes by which invasive species are transferred from one ecosystem to another. The pet release pathway is a significant concern for native species, especially those at risk. Intentional and unintentional releases can occur in a number of forms:

Domestic pets including fishes, invertebrates, frogs, turtles, mammals, or aquatic plants may be released into the wild when their owners may no longer wish or want to care for them. This could include, for instance, Goldfish, Red-Eared Sliders, Koi, or rabbits to name a few. This is a pathway of introduction for species that have the capacity to become invasive.

Exotic plant species like Yellow Floating Heart, European Water Chestnut, or Flowering Rush may escape from water gardens as a result of flooding events, via connected waterways or through disposal. Gardens should be designed to hold contents without the possibility of releasing them and regular monitoring should take place to avoid unintentional escapes. An architecturally sound water garden enclosure is also necessary in preventing the release of common water garden fish like Koi. When disposing of exotic or aquarium plants, do not compost them or dispose of them close to water.

People may release live food in an effort to liberate them from the food market. Unfortunately, while often done with good intentions, this can be harmful to both the natural environment and to the animal itself which may not have the ability to survive in foreign habitats. This pathway could include the release of species like Red Swamp Crayfish.

Live bait release can be a form of invasive species introduction. Species like Round Goby, or Grass, Silver, Bighead or Black Carp, may be mistaken as bait fish and subsequently released. Even if bait is not alive, it may still spread diseases or pathogens to other species present in waterways and therefore it is important to not dispose live bait into waterways external to the one where it was collected. Live bait is prohibited or restricted in some Canadian provinces so ensure you are in compliance with these regulations when fishing.

Releasing sportfish, like Tench, into waterways for the purpose of fishing can lead to ecological disturbances and threaten native species. Sportfish may be more successful than native fish species in their quest for food, and problems generated from introduced species to the natural environment outweighs the benefits for anglers.

The ability to easily buy and sell live organisms online provides a simple and often seamless means of importing exotic organisms into Canada. Issues surrounding e-commerce as a pathway for invasive species spread include inaccurate or unclear taxonomic information provided by sellers, limited consumer knowledge regarding items purchased and associated risk, challenges regarding the regulation of this pathway, and the subsequent release or escape of these organisms into Canada’s natural environments. For instance, moss balls, a common aquarium species, have been previously found to carry Zebra and Quagga Mussel that were unintentionally purchased by owners.

Species may be spread either intentionally or unintentionally via aquaculture trade. Goldfish or Red-Eared Sliders, for instance, may be released intentionally into natural ponds or waterways by their often-well-intentioned owners. Having been released in ponds or connecting waterways, Goldfish now have established populations in each of the Canadian provinces and in regions across the United States except Alaska. In Ontario, they are established in both the north shore of Lake Erie and the west end of Lake Ontario. The province of Alberta has also verified the presence of Goldfish or Koi fish in over 70 different locations.

Goldfish and Red-Eared Sliders are almost exclusively released into urban ponds and waterways by well-meaning pet owners.  Red-Eared Sliders are not adapted to harsh Canadian winters and may not even survive long-enough to enjoy their newfound freedom. Red-Eared Sliders can spread to new locations and Goldfish may even make long-distance jumps when carried by birds of prey like an Eagle or Hawk.

Alternatively, invasive species may be spread unintentionally in their trade pathways. Zebra and Quagga Mussels may attach to moss balls which are sold in the aquaculture trade and may be unintentionally introduced to waterways along their route or with disregarded moss balls. Zebra and Quagga Mussels can outcompete species at risk such as Fawnsfoot, Threehorn Wartyback, and Pugnose Minnow, for habitat and food resources.

The ecological impacts of pet releases can be broad, namely through increasing competition for resources like food and habitat and exacerbating the overall stability and capacity of the natural community. In aquatic environments, some exotic fishes and plants species may spread quickly and form dense and overpopulated habitats that are difficult to manage once established.

Hamilton Harbour in Ontario, for instance, has been reported to have overcrowded ponds of Goldfish that may have forced other native species to relocate. Cities in Alberta including Lethbridge and Red Deer have also seen storm ponds swell with large populations of Goldfish. Species that may become well established like Goldfish, are very tolerant of poor environmental conditions which facilitates their success in new environments.

Some of the non-species-specific ecological impacts of pet release include:

The ecological impacts of pet release can be especially harmful to species at risk. Loose pets may amplify the challenges already faced by many at risk species including limiting access to food, habitat destruction, and competition for space.

The impacts of loose pet species can also extend to socioeconomic levels. Recreational water users like anglers, boaters, or beachgoers may see a decrease in water quality because of newly introduced species. This can reduce the ability to enjoy these activities or benefit from them economically.

Management of invasive species is also costly and imposes a significant financial burden on all levels of government. Industry losses attributed to decreased water quality and intake of resources may also occur including decreases in commercial fishing opportunities.

From aquarium owners to recreational anglers, pet release can have broad negative consequences.

Aquatic invasive species are regulated both federally and provincially in Canada.

Under federal law, it is illegal for any person to introduce an aquatic species into a particular region or body of water frequented by fish where it is not indigenous unless otherwise authorized to do so.

In Ontario, species that may be attributed to the aquaculture trade like Golden Mussel, Killer Shrimp, European Water Chestnut, among others, are prohibited. This means it is illegal to import, possess, deposit, release, transport, breed/grow, buy, sell, lease or trade them. You can find a comprehensive list of prohibited species to own here.

In Canada, federally regulated invasive species include Zebra and Quagga Mussels and Sea Lamprey among others. You can find the regulations here.

Species profiles of species that may be prone to release

Several species may be prone to release by pet owners which can lead to negative impacts on natural ecosystems. Click the images below to view their species profiles.

Considerations before buying a pet

Preventing the spread of invasive species starts with education. Before buying a pet, consider the following:

Reducing the spread of domestic pets that become invasive is as simple as not letting them loose in the wild. If you can no longer care for your pet, it’s essential that you don’t release it. Here are some alternatives:

E-commerce is a pathway of invasive species spread that is becoming more prevalent as sales transition to online domains. Unfortunately, regulations surrounding the sale of animals online are limited which allows for individual retailers to sell product without informing their buyers of the potential dangers of these species becoming invasive.

Informed consumerism is the best defense against spreading invasive species via the e-commerce pathway.

When purchasing plants or animals for your aquarium, be an informed consumer! Here is a checklist for things to look for:

If you think you have found or spotted an invasive species, you can report your sighting in a few different ways:

Species at Risk in Canada 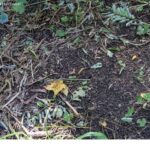 Jumping Worms in the Garden? What you can do to help! 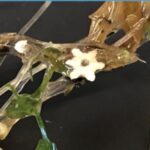 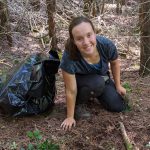