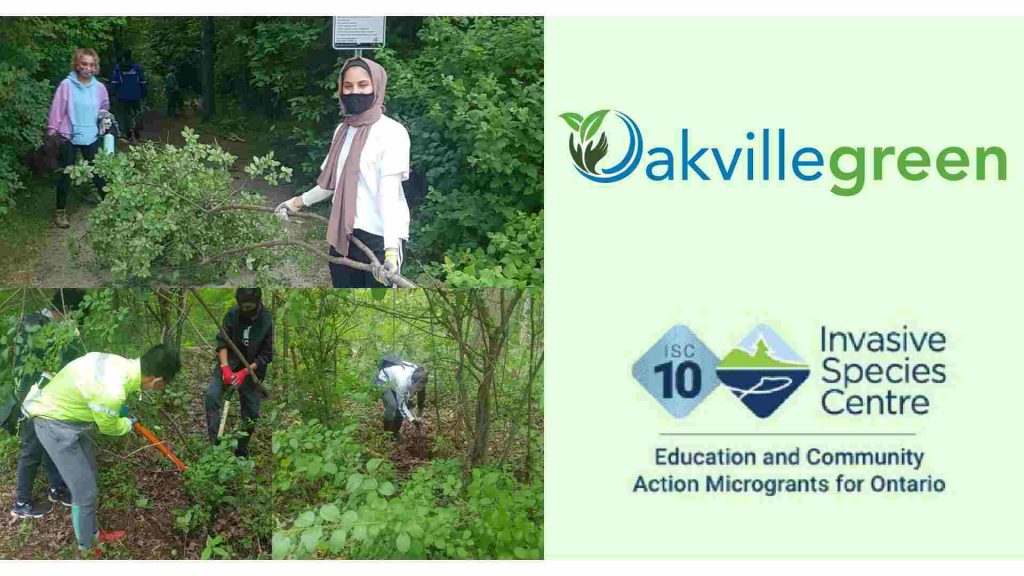 Oakville Green’s 2021 Invasive Species Action Campaign was initiated to educate Oakville community members about the threats of invasive plant species in their town and engage them in hands-on action to restore the health of Oakville’s urban forests. Increased urbanization in the Town of Oakville and the subsequent loss and fragmentation of forest habitat has led to a decline in native plant and wildlife species. Invasive plant species outcompete native plants in the area, worsening the loss of biodiversity.

As part of the Invasive Species Action Campaign, invasive plant authorities led a workshop on invasive species in the region and a Social Media Campaign called Most Wanted, was launched to spread awareness of invasive plants in the area and effective management solutions. 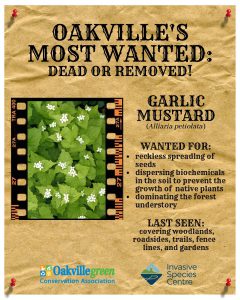 This campaign also called on community volunteers to Arbourview Park, an area of the city that has been identified as a hotspot for several invasive plant species such as buckthorn, dog-strangling vine, and garlic mustard. Here, a hands-on stewardship event was held which allowed volunteers to engage in direct action through the removal of these invasive plant species.  The campaign was a success, earning fantastic public involvement, and volunteers were able to remove many invasive plants including two large patches of dog-strangling vine.

“The volunteer response was great, and we were able to remove garlic mustard, buckthorn and dog strangling vine. Events were done in areas we have visited before and where we have removed invasive species in the past. We encountered dog-strangling vine for the first time in that area, removing two large patches. Thanks to the support received from the Invasive Species Centre, we had a great campaign with an overwhelming response from the public.”

Invasive species removal activities in Arbourview Park also supported future tree planting at the site, which was planned for fall 2021.

The Oakville Green Conservation Association is a local environmental non-profit organization that engages Oakville residents in hands-on action and education to reconnect people to their natural environment, increase awareness of the importance of nature, and motivate action to enhance and restore Oakville’s natural environment. Their vision is for a living city of Oakville with enhanced natural diversity, stronger connections between natural areas, and healthier green spaces. To learn more about Oakville Green Conservation, visit their website or find out how to take action with them to stop the spread of invasive species here.