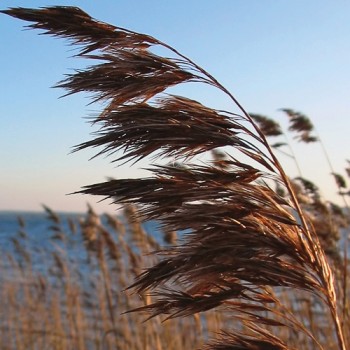 An aggressive plant that spreads quickly and outcompetes native species for water and nutrients. 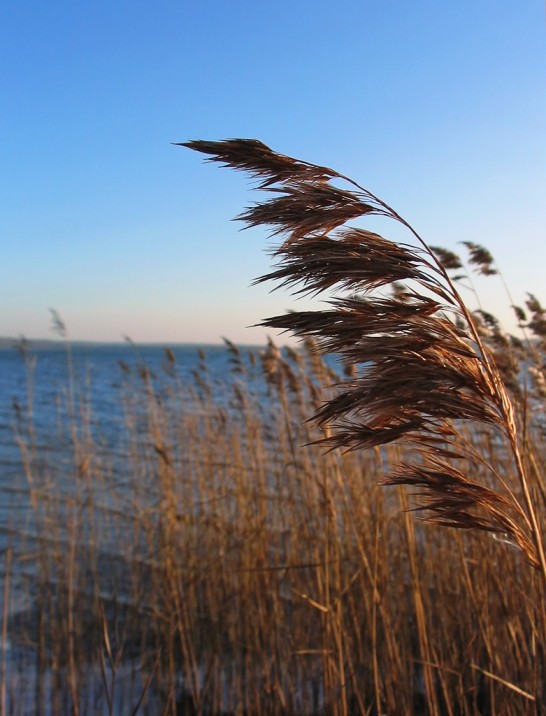 Invasive phragmites reproduces by dispersing seeds, by roots via rhizomes, or by stolon fragments. 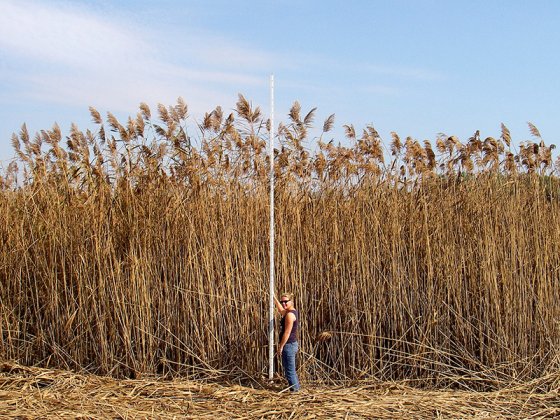 Invasive phragmites is an aggressive plant that spreads quickly and outcompetes native species for water and nutrients. Biochemicals are released from its roots into the soil to hinder the growth of surrounding plants. Identifying this invasive can be difficult due to the existence of native subspecies. Invasive phragmites generally reaches heights of up to 5 metres and has stems that are tan in colour with blue-green leaves and large, dense seed heads. It can grow so densely that it crowds out other species, while native phragmites is typically not as dense and doesn’t impede biodiversity.

Phragmites is a robust erect perennial grass, aquatic or subaquatic, growing to 4 m in height (occasionally 6 m), strongly tufted, with an extensive rhizome system. It has rigid, many-noded stems and hollow internodes. Leaves alternate and are up to 70 cm long, with a ligule of hairs up to 1.5 mm long. Leaf blades are flat, up to 60 cm long and 8-60 mm wide.

The invasive subspecies of phragmites (Phragmites australis) looks very similar to a native species (Phragmites americanus), and it is imperative that a stand be identified as invasive before implementing a management plan. When large-scale control is planned, any stands of native phragmites should be protected. Unlike the invasive strain, native phragmites rarely develops into monoculture stands, does not alter habitat, has limited impact on biodiversity, and does not deter wildlife. It can be difficult to tell native and invasive phragmites apart and genetic analysis may be necessary. Some identifying characteristics that may help tell the species apart are:

Invasive phragmites stands can grow up to 5 m tall (15 ft) in very dense stands with up to 200 stems per square metre. These near-monoculture stands can consist of 100% invasive phragmites. In comparison, native phragmites does not grow as tall and does not outcompete other native species, so there is more diversity within a stand (Phragmites BMP).

Cross-breeding between invasive and native plants has not been confirmed in the field, but has been produced in laboratory studies. Where the plant is found in certain environmental conditions, such as those that occur along sandy coastal shorelines and deep water systems, the morphological differences described above are not definitive. If it is not clear whether a phragmites plant is invasive or native, it is recommended that an expert be consulted (Phragmites BMP).

Loss of biodiversity and species richness

Invasive phragmites causes a decrease in biodiversity by creating monoculture stands (meaning only one species grows in the stand). Stands crowd out native vegetation and hinder native wildlife from using the area, resulting in a decrease in both plant and animal biodiversity.

Monoculture invasive phragmites stands reduce available natural habitat and food supply for various wildlife species, which can include species at risk. Stalks are rigid and tough and prevent wildlife from easily navigating through or nesting in a stand.

Invasive phragmites displays very high metabolic rates, which can lead to changes in the water cycles of an ecosystem. Monoculture stands have the ability to lower water levels, as water is transpired at a faster rate than it would be in an area of native vegetation.

Invasive phragmites stalks are made of a very inflexible structural material which breaks down very slowly. This slows the release of nutrients and leaves a high proportion of recalcitrant biomass (carbon) in the standing dead stalks.

A stand is composed of a high percentage of dead stalks, with a lower percentage of live growth. Dead stalks are dry and combustible, increasing the risk of fires.

Invasive species can have many negative effects on the economy and social wellbeing. Effects on agriculture and crops can lead to economic losses, while monoculture stands can affect property values and raise aesthetic concerns.

You can help reduce the spread of invasive phragmites by learning how to identify it and avoid accidentally spreading it through root fragments and seeds. This is especially important if you are planning to work in an area which contains invasive phragmites (BMP): 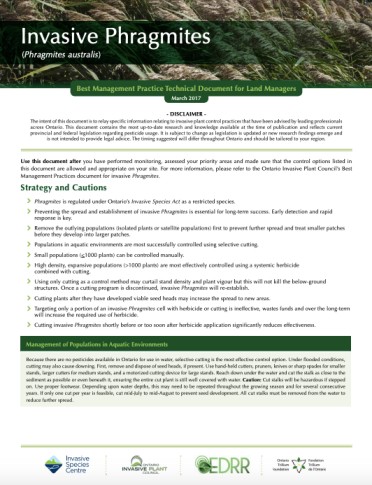 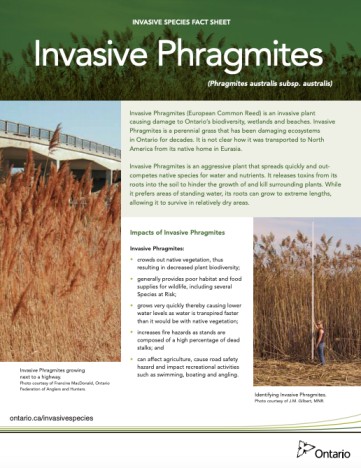 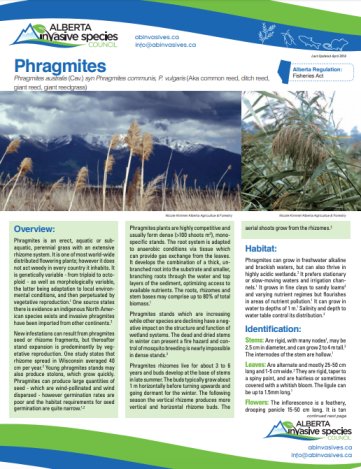 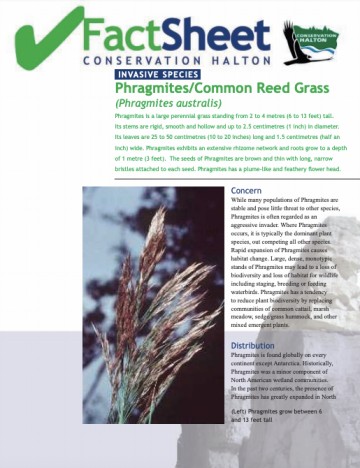 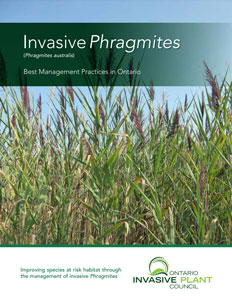 M Marks, B Lapin, J Randall – Natural Areas Journal, 1994 – cabdirect.org
see more details as it spreads to the detriment of other species typical of the community are
described in detail including the global range of P. australis, its natural habitat and its
biology/ecology. The recovery potential of areas invaded by P. australis and the …

Expansion of Phragmites australis into tidal wetlands of North America

RM Chambers, LA Meyerson, K Saltonstall – Aquatic botany, 1999 – Elsevier
Phragmites expansion into tidal wetlands of North America is most extensive along the
northern and middle Atlantic coasts, but over 80% of the US coastal wetland area occurs
along the Gulf of Mexico and southern Atlantic coasts and may be susceptible to ongoing …

The effects of salinity and flooding on Phragmites australis

SE Hellings, JL Gallagher – Journal of Applied Ecology, 1992 – JSTOR
1. Phragmites australis buds with attached rhizomes were planted in PVC tubes and grown
under various salinity and flooding conditions in a greenhouse for one growing season. 2. P.
australis buds did not emerge from cores flooded to the soil surface, regardless of salinity …

J Armstrong, W Armstrong – New phytologist, 1988 – Wiley Online Library
The possible pathways of oxygen transport within Phragmites australis and out into the soil
were investigated by means of pressurized air flow, methylene‐blue dye and by anatomical
studies. In most cases, gas was easily forced through the plants, thus demonstrating gas … 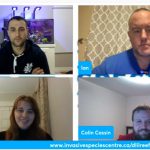 Spreading the Word, Not the Species with Podcasts!