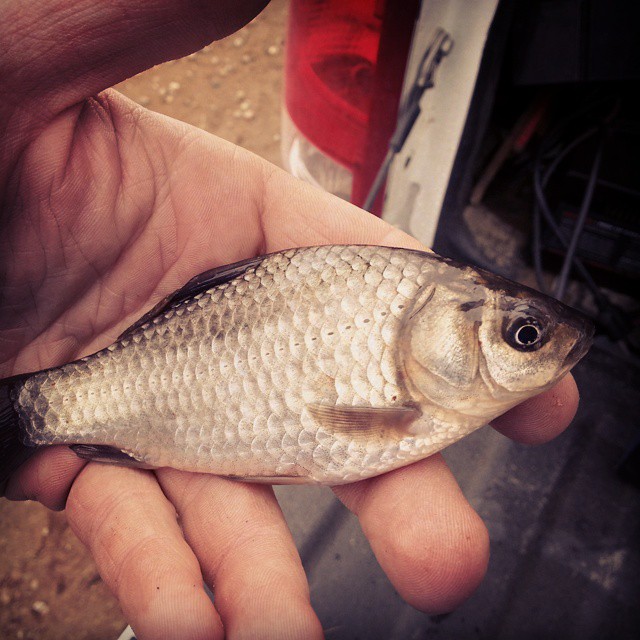 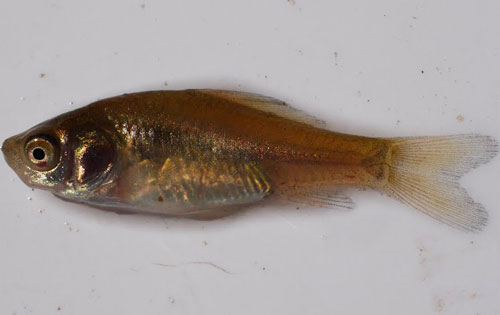 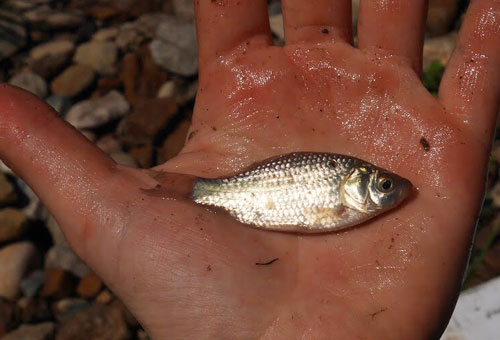 Images from the University of Alberta Fisheries & Aquatic Conservation Lab

Prussian Carp are silvery-brown-bodied fish that closely resemble Goldfish. They can live between 5 to 10 years and spawn several times per year. They can reproduce asexually through gynogenesis, which is a reproductive process that exploits the sperm of other fish species in the water column to activate egg development and gives rise to new females which are essentially clones. This reproductive interference can cause adverse effects to native fish species.

Prussian Carp are an extremely hardy species that can tolerate a wide range of environmental conditions. This species has been found in aquatic environments with low oxygen and poor water quality that are not suitable for native fish species. It is also a habitat and feeding generalist, that can outcompete native species for food and habitat. These life-history characteristics make it a prolific invader which threatens the ecological integrity of aquatic ecosystems.

Prussian Carp is currently only found in Alberta and Saskatchewan in North America. To help prevent further spread of Prussian Carp do not transport or release live fish into any waterbody and make sure to always wash your equipment after being in the water.

Native Range: It is thought to be native to central Europe and Asia, however the native range is not clearly defined due to early introductions elsewhere in Europe, confusion with the morphologically similar Goldfish (Carassius auratus), and complex reproductive methods (Froese & Pauly, 2019).

Invasive Range:  Prussian Carp was first discovered in North America in 2006, specifically in the Canadian Prairie province of Alberta, however recent analyses of historical specimens have confirmed the presence of Prussian Carp in Alberta in 2000 and Saskatchewan in 2006 (Docherty et al., 2017; Elgin et al., 2014). There are currently no known records of the species elsewhere in North America. It is unclear how it was first introduced to Canadian waters, however accidental escape from aquaculture areas or from aquarium release is likely (Elgin et al., 2014). While this species is not typically grown in aquaculture or sold in the aquarium industry in Canada, it is possible that it was imported alongside two closely related species the Koi Carp (Cyprinus carpio) and the Goldfish (Carassius auratus). 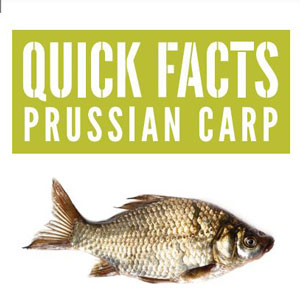 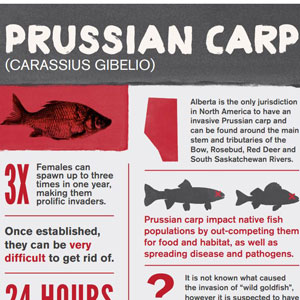 Native freshwater species get out of the way: Prussian carp (Carassius gibelio) impacts both fish and benthic invertebrate communities in North America