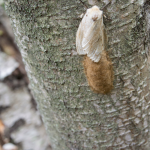 10,000 spongy moth egg masses scraped! Thank you to everyone who participated in the 2021 Egg Mass Scraping Contest.

Although the contest is closed, you can still help protect Canada’s trees.

We’re calling on community members across Ontario to become community scientists by helping limit the spread of spongy moth, one egg mass at a time.

To learn more about spongy moth, check out our species profile and resources page.

Go to the species profile

What is the spongy moth?
How to Scrape Egg Masses
Contest Prizes
Contest Rules and Submission Form
Additional Resources

This is the time of year to monitor your trees and scrape off spongy moth egg masses. Help us beat last year’s total of over 12,000 egg masses scraped across Ontario!

The Invasive Species Centre is holding its second spongy moth Egg Mass Scraping Contest with the goal of getting Ontario residents out monitoring the trees on their properties and removing spongy moth egg masses.

What is the Spongy Moth?

The spongy moth (formerly the European gypsy moth) is native to Europe and is currently established in northeastern United States and eastern Canada. This insect is a significant threat to Ontario trees, and has gained widespread attention over the past year for the heavy defoliation seen across the province. The caterpillars feed on crown foliage of a wide range of hardwood and some softwood trees, which makes it a defoliating forest pest of concern.

The insect lays its eggs on the trunks and branches of most trees in masses of 100-1000 eggs during the months of June to the following spring, so now is the time to start scraping!

By removing the eggs this year, we can help limit infestations in forthcoming years, and help protect our forests from defoliation!

Always wear gloves and protective glasses when scraping egg masses from the tree.

To learn more about the spongy moth, visit the species profile here. 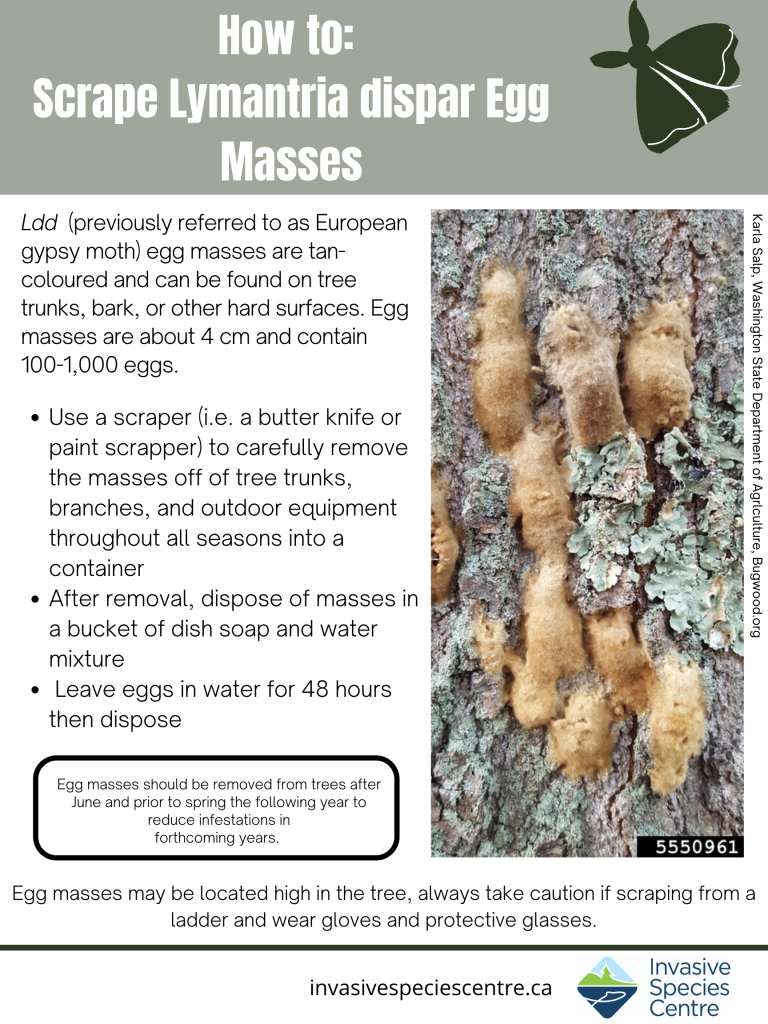 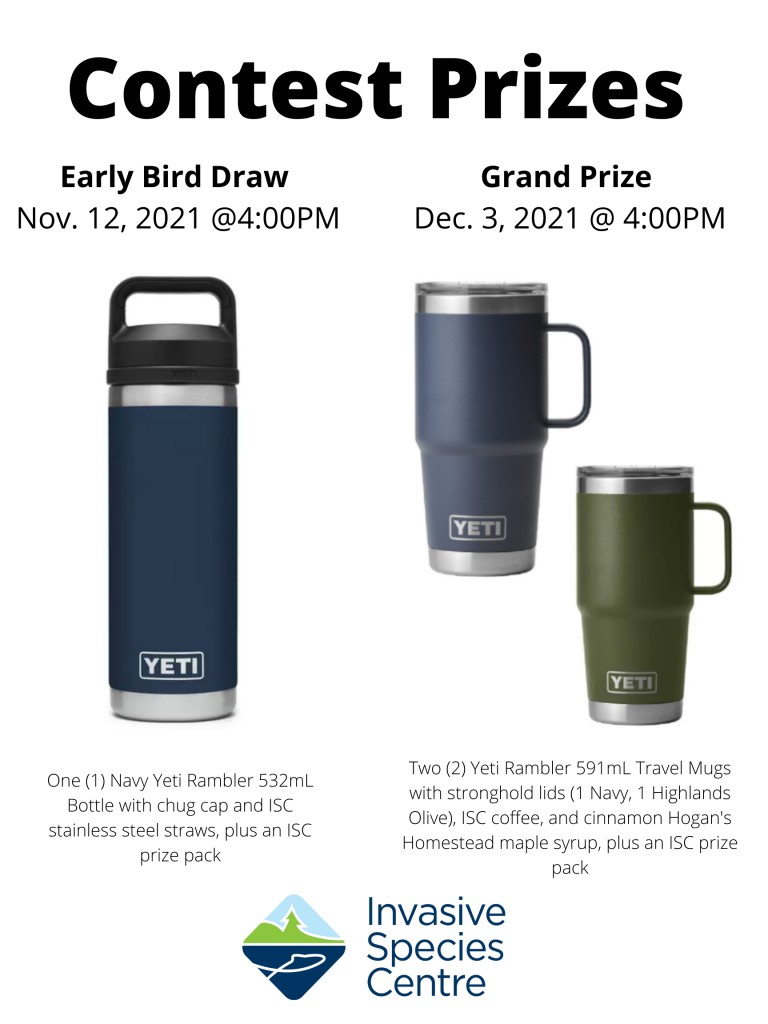 By entering using the contest submission form you acknowledge you have read and reviewed the Egg Scraping Contest Rules.

Contest is only open to residents of Ontario, Canada. Two (2) winners will be randomly selected, one per draw.

Please limit number of contest entries to 2 or less per person. 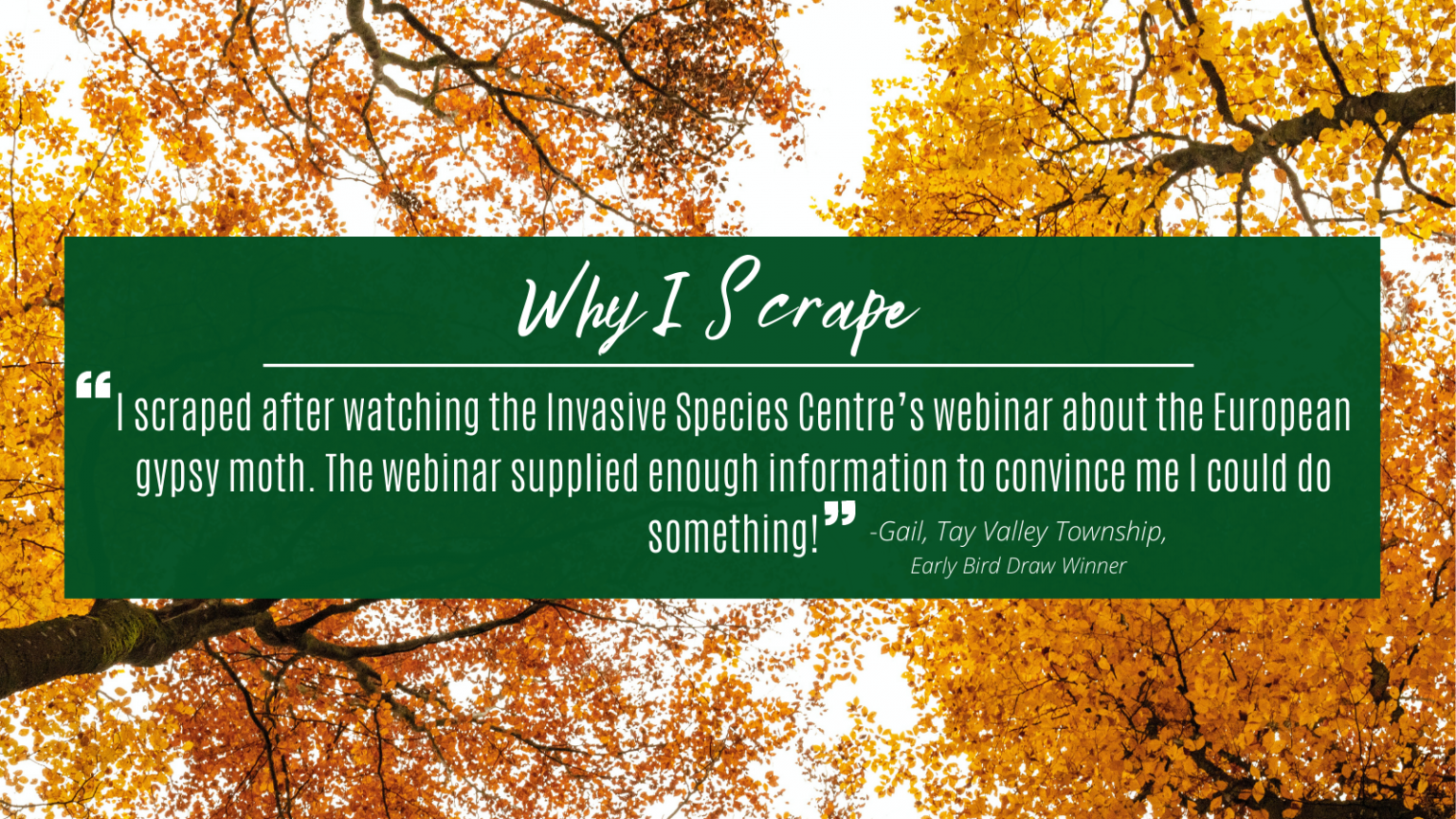 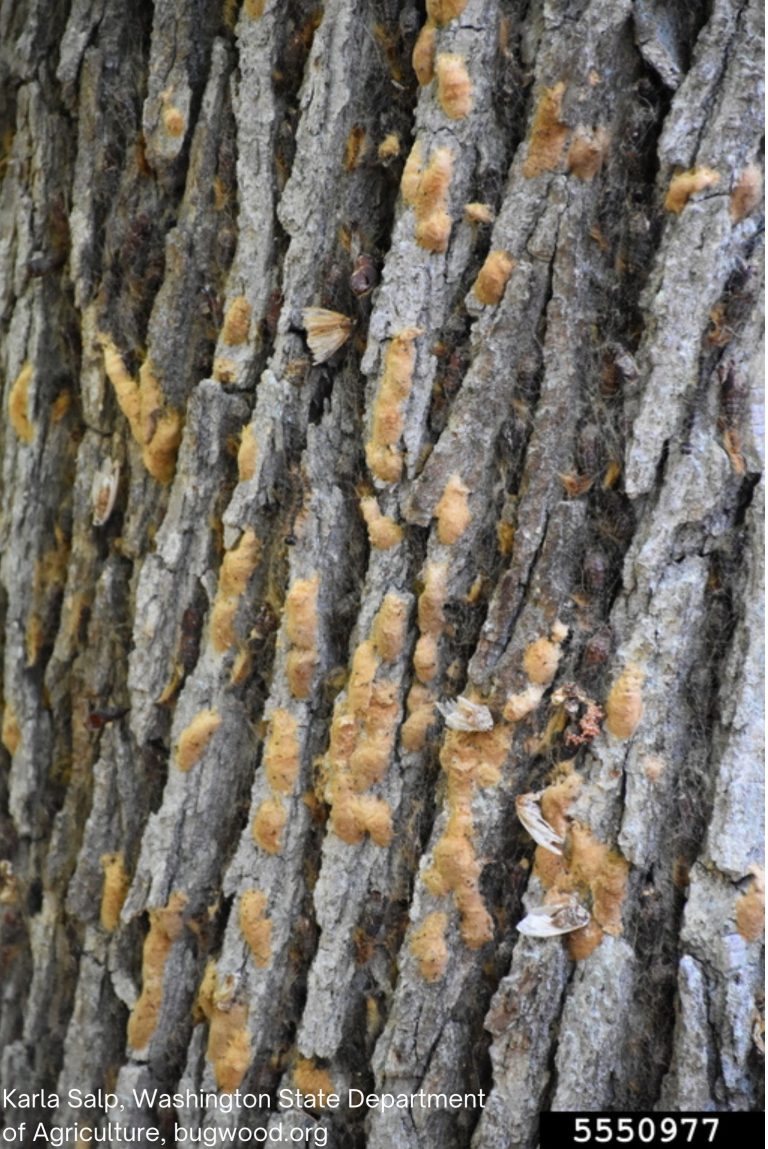