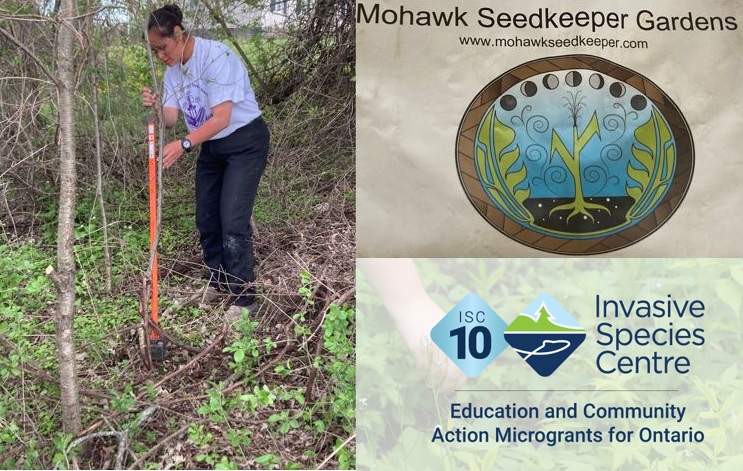 Mohawk Seedkeeper Gardens is owned and operated by Terrylynn Brant, “Sera:sera” who is working to carry on the tradition of Indigenous gardening and seedkeeping. The project took place in the model gardens of the recently built Haudenosaunee Agricultural Ways Learning Centre. These model gardens allow the centre to grow, save and distribute culturally significant seeds such as corn, beans and squash. The food produced by Mowhawk Seedkeepers contributes to local food security within Six Nations of the Grand River and is regularly featured at Yawékon restaurant.

This project involved first the removal of invasive species through open field deforesting and tree girdling by volunteers for areas that were not accessible to deforesting equipment. The process was facilitated by the tagging of indigenous tree varieties prior to removal efforts. Volunteers and summer students also used hand extractor tools to remove invasive buckthorn. This invasive plant can stunt the growth of important Carolinian species, and its removal allowed the growth of species such as the newly planted paw paw trees and groundnut vines. Volunteers then planted indigenous grasses, flowers and trees. Some were even able to gather indigenous seeds from the fields around their homes to contribute to the planting. 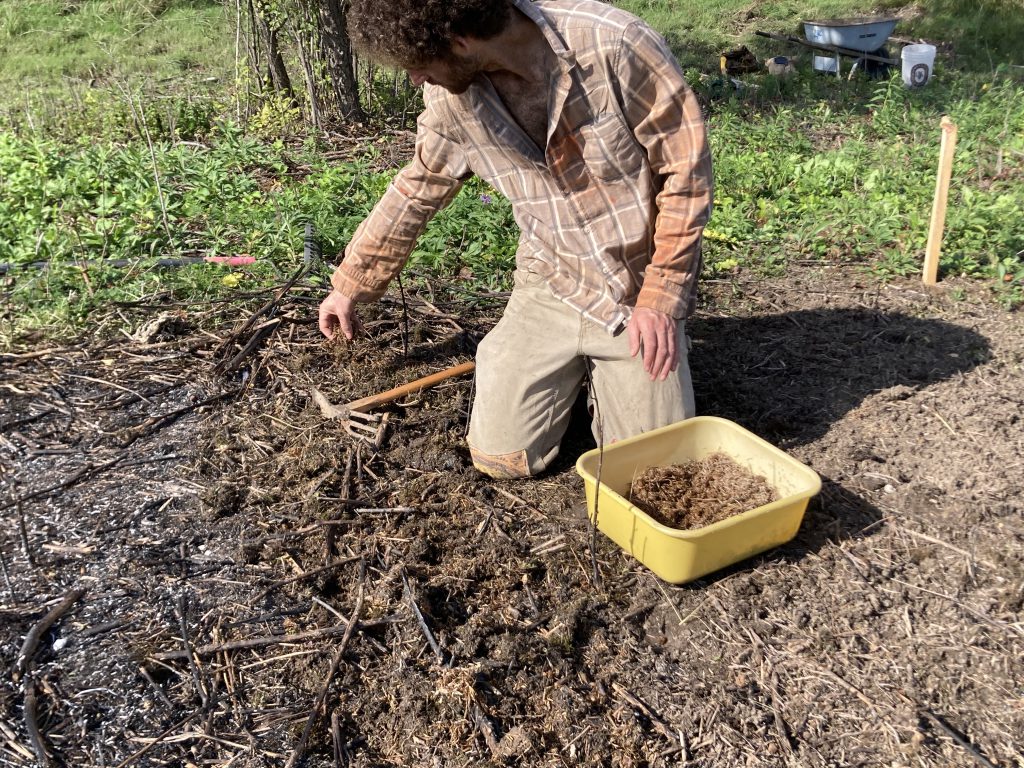 Sharing the progress of the project on social media allowed for even further community reach, spreading awareness on how to identify and remove common buckthorn, what Indigenous trees can be planted in its place and the benefits that these species bring to both humans and the environment.