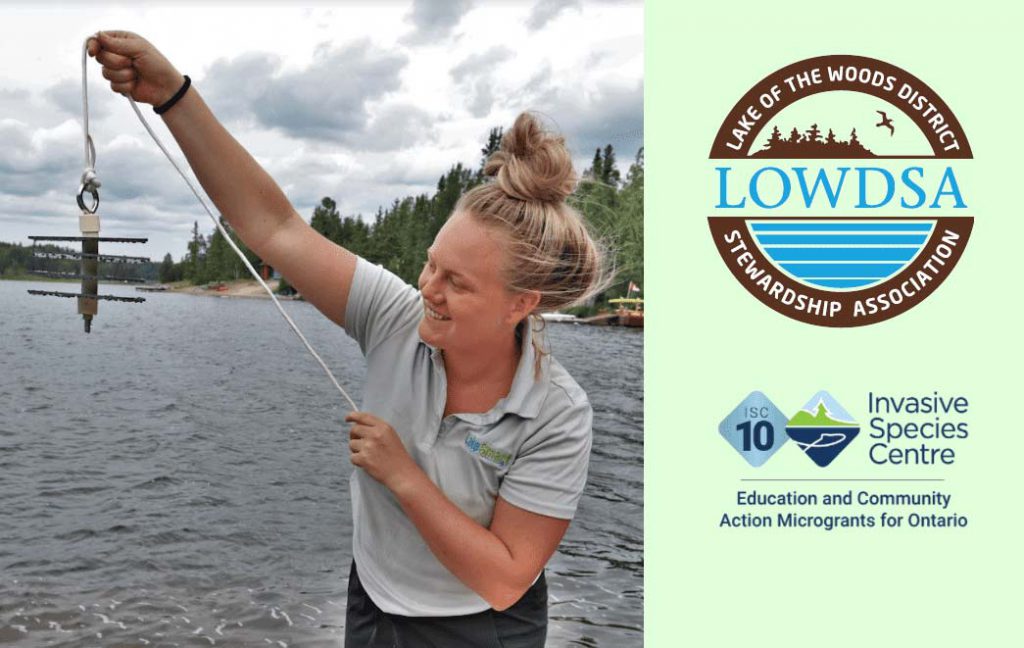 In the summer of 2021, the Lake of the Woods District Stewardship Association (LOWDSA), in partnership with the Ontario Federation of Anglers and Hunters’ (OFAH) Invading Species Awareness Program (ISAP), launched a community workshop aimed at using community science to combat the spread of invasive zebra mussels into the Lake of the Woods region.

This workshop, executed by LOWDSA’s flagship program LakeSmart, provided the materials and taught community members how to construct zebra mussel sampling devices (settlement samplers), and how to monitor for, identify and report zebra mussel sightings. It also provided information on best practices against the spread of other aquatic invasives relevant to the region such as the Northern snakehead, the spiny water flea, and watercress.

Zebra mussels are a highly adaptive aquatic invasive and almost impossible to remove once a population has been established. Once they invade an area, they wreak havoc by disrupting recreational activity, damaging infrastructure, and harming natural ecosystems. LOWDSA’s program will help prevent this type of damage by encouraging early detection. Early detection of adults is key to effective management and will enable early intervention before a population can be established.

Settlement samplers are a useful tool in the early detection of invasive zebra mussels. These devices provide surfaces on which zebra mussels will settle after they complete their larval stage and can easily be set up by shoreline property owners beneath their docks. Once installed, the settlement samplers can be monitored for the presence of zebra mussels and this information can be reported to EDDmaps. 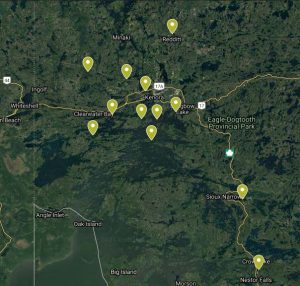 Already in use across the region, the settlement samplers have been a success, increasing zebra mussel monitoring capacity and promoting important discussions on invasive species during their distribution at community events by the LakeSmart team.

Seeing the settlement samplers make their way into the area has shown me how devoted the community is to protecting the environment. In addition to increasing capacity for early detection of zebra mussels through generating data that might identify hotspots and manage the spread, this project has allowed our team to have so many important discussions about all invasive species in the community. The unique-looking devices are great conversation starters when our LakeSmart team brings them to community events like markets, children’s programs, and our new Mobile Boat Wash Station. It has been super rewarding to empower the community with important information and action surrounding zebra mussels and all invasive species.