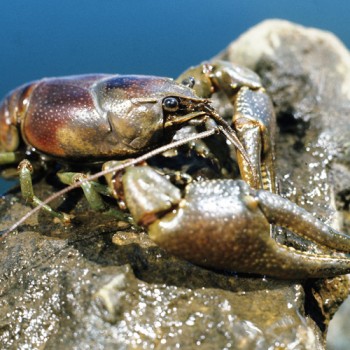 Rusty crayfish look similar to native crayfish but are distinguishable by the oval space between their closed claws. 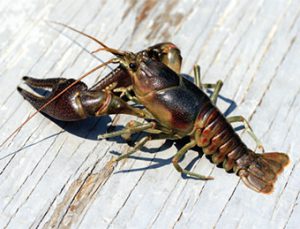 Rusty crayfish gets its name from the rust-coloured patches that run down its sides.
Photo: Doug Watkinson</span

It is illegal to transport any crayfish species, dead or alive.
Photo: Doug Watkinson</span

Rusty crayfish are large and aggressive, with adults reaching a body length of 7.5-13 cm (not including claws). They are native to the Ohio River Basin in the United States and were likely introduced  by anglers from other areas discarding crayfish they were using as bait. They may also have been released into the wild by people who acquired them as pets or through the scientific supply trade. This aquatic invasive species gets its name from the rust-coloured patches that run down its sides; the rest of the body is gray/green to red/brown. While rusty crayfish look similar to native crayfish, they are distinguishable by the oval space between their closed claws and their pinched concave rostrum. Because of their size and aggressive feeding nature, rusty crayfish outcompete native species for food and space. They also damage fish populations by consuming aquatic vegetation needed for fish to spawn in and raise young. Females can carry up to 200 fertilized eggs under their tails, enabling a single female introduced to a new area to start a population. It is illegal to transport any crayfish species, dead or alive, and they can only be used for bait in the water in which they were caught. 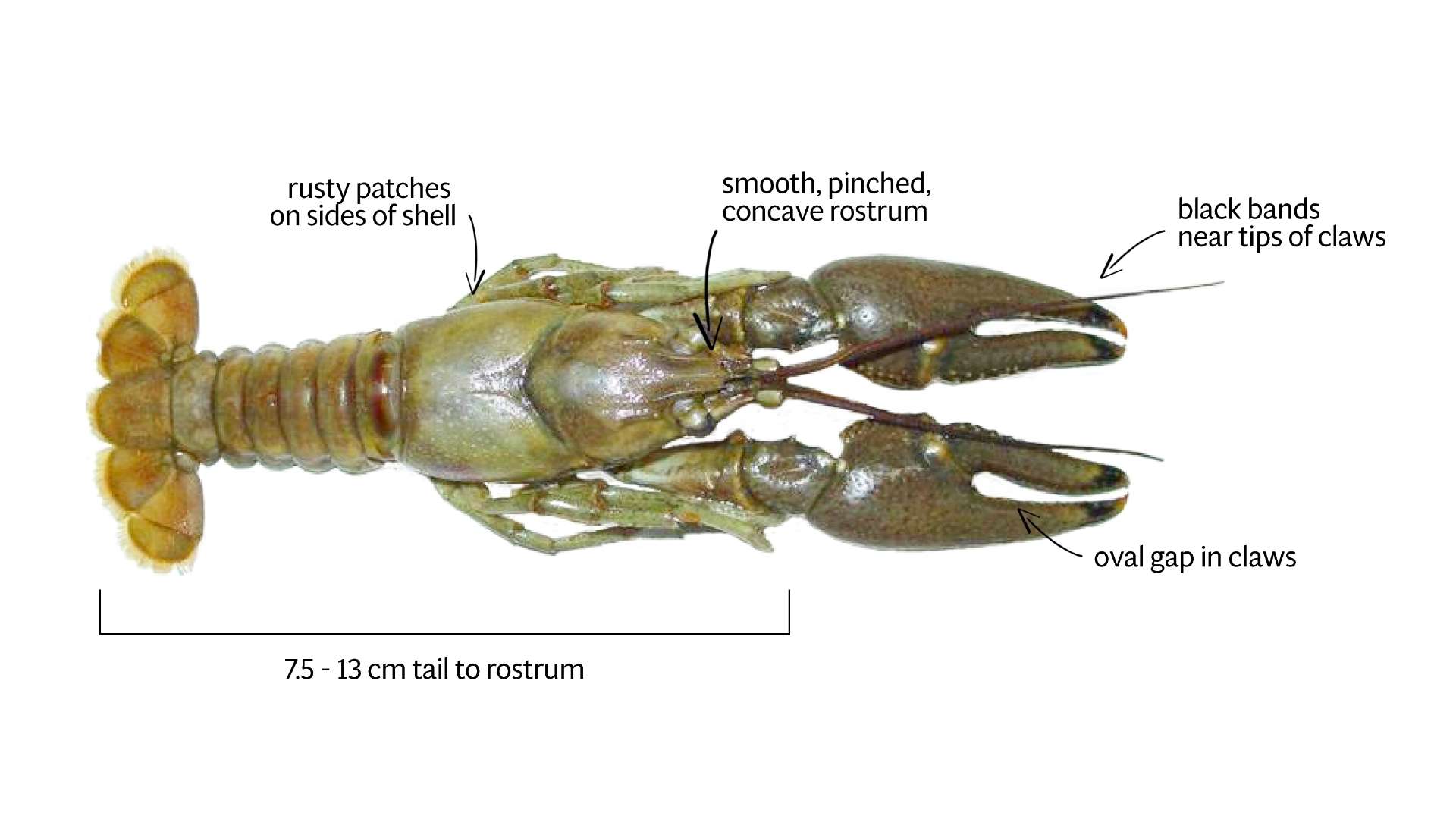 Rusty crayfish were first detected in Trout Lake, Vilas County, Wisconsin, in 1979 (Lodge et al. 1986) near a heavily used boat landing. It is suspected that this species was introduced to the lake sometime between 1973 and 1979 based on historical trapping data (Lodge et al. 1986).

Rusty crayfish are now found throughout much of south-central and southeastern Ontario, including Manitoulin Island, the Magnetawan River, the Kawartha Lakes Basin and the Ottawa River Basin, and in northwestern Ontario. Outside their native range in the Ohio River Basin, they have also spread to the midwestern and northeastern United States (Ontario Factsheet). They are commonly found in lakes, rivers, ponds and streams with clay, silt and gravel bottoms that contain rocks, logs or debris that they can hide under.

Rusty crayfish are strong interactors in many freshwater systems and, as a consequence, may have disproportionately large effects on invaded systems (Ontario Factsheet).

Learn how to identify and prevent accidentally spreading this aquatic invasive species. 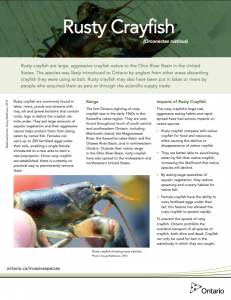 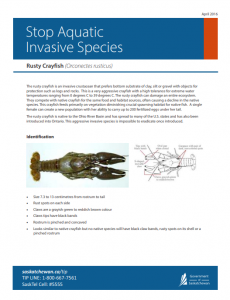 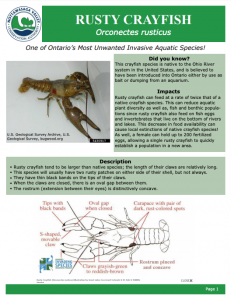 MM Dougherty, ER Larson, MA Renshaw… – Journal of Applied …, 2016 – Wiley Online Library
Early detection is invaluable for the cost‐effective control and eradication of invasive
species, yet many traditional sampling techniques are ineffective at the low population
abundances found at the onset of the invasion process. Environmental DNA (eDNA) is a …

LW Sargent, DM Lodge – Evolutionary applications, 2014 – Wiley Online Library
The importance of evolution in enhancing the invasiveness of species is not well
understood, especially in animals. To evaluate evolution in crayfish invasions, we tested for
differences in growth rate, survival, and response to predators between native and invaded …

Effects of water velocity on the size and shape of rusty crayfish, Orconectes rusticus

WL Perry, AM Jacks, D Fiorenza, M Young… – Freshwater …, 2013 – journals.uchicago.edu
Phenotypic plasticity of ecologically relevant traits relating to physiology, behavior,
morphology, and life history is widespread and can affect the ecology and evolution of
organisms. In streams, phenotypic plasticity in morphology and corresponding differences in …