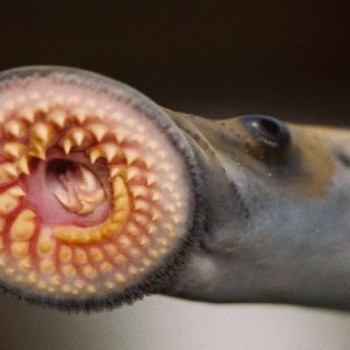 Sharp teeth radiate around a rasp-like tongue at the centre of a large sucker mouth.

Sea lamprey in a tank.
Photo by Joanna Gilkeson/USFWS 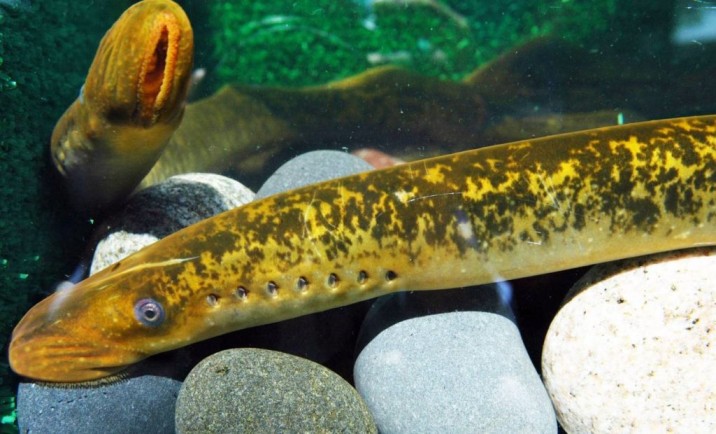 Sea lampreys are among the oldest invaders of the Great Lakes.
Photo by C. Krueger, GLFC

Did you know? Only one in seven fish attacked by sea lamprey survive.

The Sea Lamprey is a primitive, eel-like fish that invaded the Great Lakes in the early 20th century through shipping canals. In their native range of the northern Atlantic Ocean and the Baltic, western Mediterranean and Adriatic seas, they live part of their lives in salt water, but they have adapted to living entirely in fresh water in their invaded range of the Great Lakes. As adults, they spawn in rivers and streams and their larvae live on organic matter in stream bottoms until they transform into parasites that migrate into lakes. Their mouth is a large sucker with rings of sharp teeth and a raspy tongue that is used to latch onto the side of a fish and feed on its blood. Adults spend 12 to 20 months feeding on the blood of other lake-dwelling fish, until they are ready to travel upstream to spawn, and die shortly after. The complete life cycle usually lasts five to nine years. Sea Lamprey have significantly reduced the number of sportfish in the Great Lakes, as only one in seven fish survive an attack.

How to Identify Sea Lamprey (from the Ontario fact sheet) 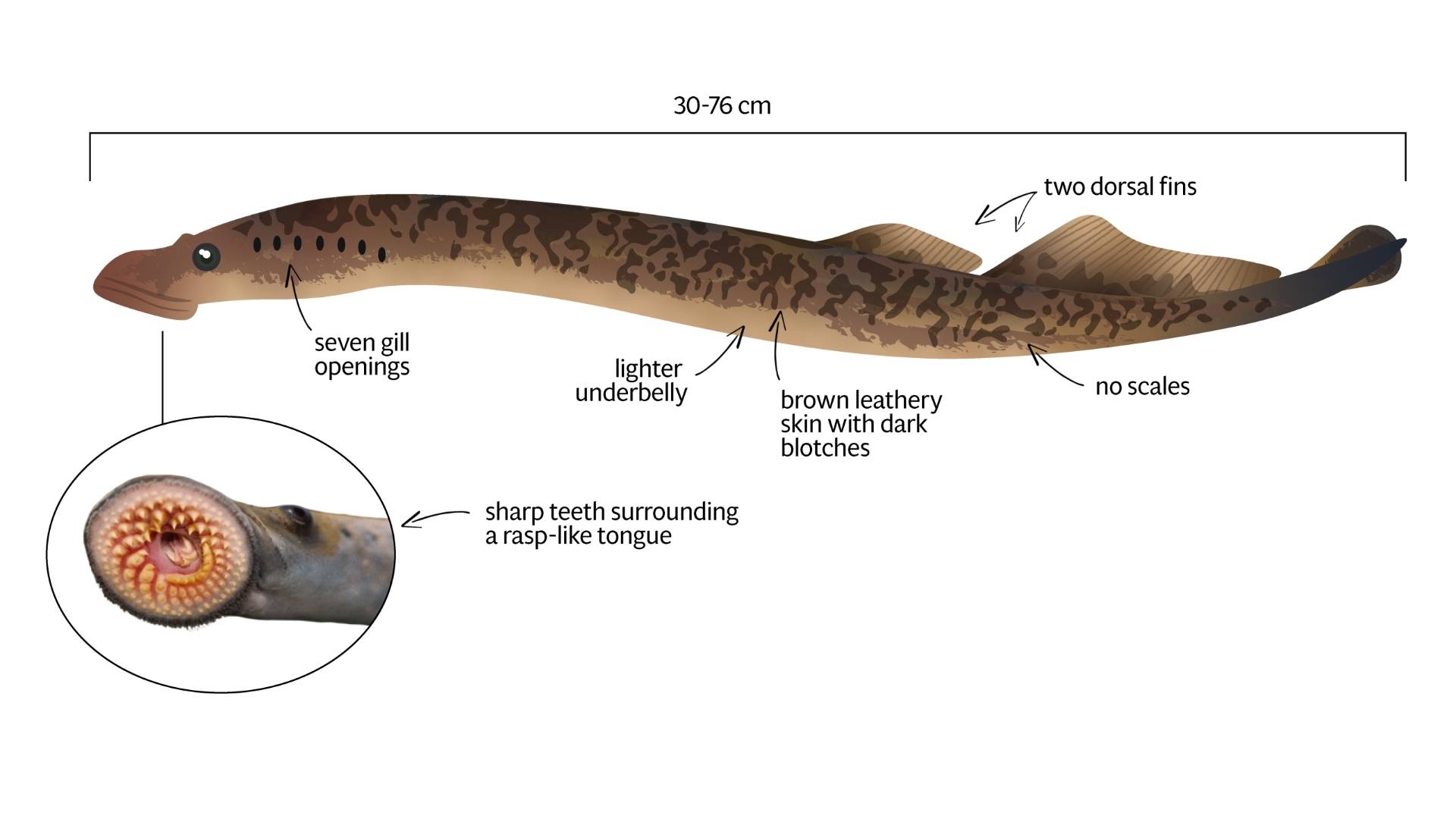 According to the Great Lakes Fishery Commission, sea lamprey predation on valuable fish stocks was so high in the 1940s it became a key factor in the collapse of the Great Lakes ecosystem and economy that it supported. Tens of thousands of jobs were lost, property values were diminished, and a way of life was forever changed for millions of people. Sea lampreys killed more than 100 million pounds of Great Lakes fish annually, five times the commercial harvest in the upper Great Lakes.

The devastating impact of sea lamprey on Great Lakes sport, commercial, and Indigenous fisheries in the 1940s and 50s led Canada and the United States to form the Great Lakes Fishery Commission in 1955. Since then, the commission has led a program to assess and control the species using measures that target different stages of its life cycle. Control measures include chemicals that selectively kill lamprey larvae and barriers and traps that prevent adult lampreys from moving upstream to spawn. Although it is likely impossible to eliminate sea lamprey from the Great Lakes, ongoing efforts to control the species have reduced populations by 90%. Unfortunately, the remaining sea lamprey continue to affect native fish species.

Learn how to identify and prevent the spread of this unwanted species. 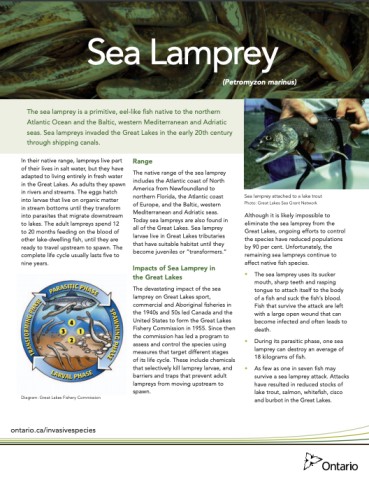 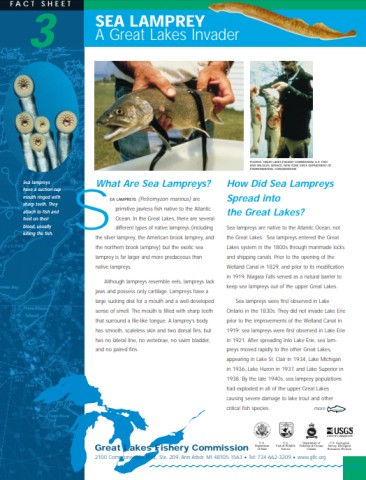 … support the use of carbon dioxide as a barrier to deter the movement of lampreys … include cost/application logistics, potential negative impacts on non-target organisms, potential impacts

… habitat in which lampreys can feed; however, our simulations indicate that lampreys can grow …Bioenergetically, siscowets are viable lamprey hosts and should be given more consideration in future

… to concentration or timing of lampricide treatments, because field observations of non-target impacts since the … presence in the head waters of tributaries above barriers provides a refuge from Sea Lamprey control activities and a source of Brook Lampreys to repopulate …